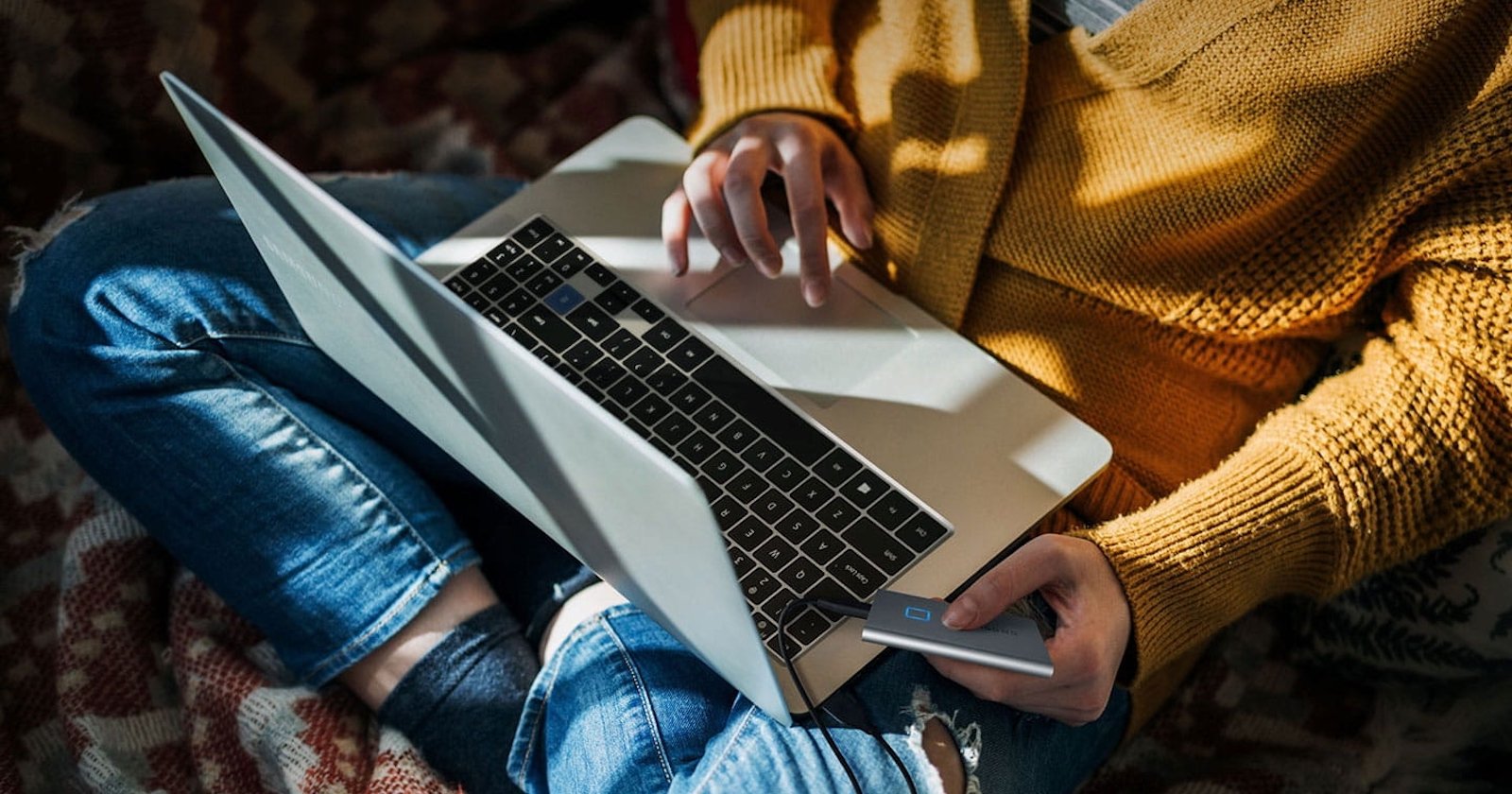 Not to be outdone by SanDisk’s crazy 8TB portable SSD concept, Samsung brought their own “next-generation” SSD to CES 2020. It’s called the T7 Touch, and it’s a fast, portable SSD with a built-in fingerprint reader for security.

Unlike SanDisk’s drive, the Samsung T7 Touch is a real product that has really been released. A follow-up to the very popular Samsung T5 portable SSDs that you’ve probably seen around, the “Touch” version of the T7 does more than improve transfer speeds (although it does that, too). Its party trick is the addition of AES 256-bit encryption via either a password or the built-in fingerprint reader.

“Consumers who are constantly on the go between work, play and passion projects want to be able to securely carry their content with them,” said Samsung’s Mike Mang. “Now their data is secure thanks to the fingerprint recognition functionality incorporated into the product, which delivers industry-leading transfer speeds in a compact form factor.”

The tiny solid state drive comes in 500GB, 1TB and 2TB configurations and features USB 3.2 Gen 2 for max transfer speeds of up to 10Gbps—you’ll have to step up to full Thunderbolt 3 to beat that—and it’ll be available this month in either silver or black. The 500GB version will cost you $130, 1TB is going for $230, and the maxed out 2TB version will run you $400.

To find out more about the Samsung T7 Touch or pick one up for yourself, head over to the Samsung website here.

Are graduated neutral-density filters really useful?
Licensing Contributor Adriana Samanez on capturing candid and intimate moments
Wedding Photographer Sues Venue for $577K After She Fell and Broke Her Knee
Five composition mistakes you should avoid with your photography and how to fix them
Panasonic S Pro 16-35mm f/4 Review: The S-Line’s Long-Awaited Wide Angle